By the time I received my official diagnosis, the news didn’t come as a surprise. But, the first time a doctor mentioned the word “neuropathy” was a completely different story.

After a year of visiting specialists, I made an appointment with my primary care physician to help me put all the pieces of the puzzle together. I brought my folder overflowing with MRI reports, lab results, and notes from the dozens of doctors I’d seen. I told her about the injections that weren’t working, the treatments I’d tried, and the preliminary diagnoses I’d received, from restless leg syndrome to RSD (reflex sympathetic dystrophy).

“Your symptoms sound like a combination of a compressed nerve and peripheral neuropathy,” she told me.

“Peripheral neuropathy…like nerve damage?” I asked. I’d just had an EMG a few months ago, which yielded normal results. I was told I didn’t have nerve damage, and that I was getting better.

“Yes, the constant burning you’re experiencing in your feet would be consistent with that.”

“What’s the treatment?” I asked, hopeful she would make a suggestion that would put an end to the pain.

“You manage it with medication.”

“There are creams that can numb it,” she replied. “And medications that can make you more comfortable.”

As the truth that chronic pain and daily medication could be part of my future sunk in, my doctor walked out to order additional blood work. On her desk, I noticed the GAD-7 Anxiety Assessment and I quickly added up my score. That’s when the tears fell.

Despite my attempts to find peace, I was plagued with anxiety. I was worried about what would happen to me, and how it would affect my family. I was frustrated that the doctors couldn’t figure it out. I just wanted the pain to stop and to get back to the life I once knew. But, that was not God’s plan.

In that year of waiting for my biopsy (which was delayed due to COVID) God ministered to me through a series of divinely-timed events. First, I was asked to speak at a women’s ministry conference about a stronghold in my life and a weapon I was using to fight against it. I chose to talk about pain and the sword of the Spirit, which is the Word of God (Ephesians 6:17).

While preparing, God revealed that pain wasn’t the stronghold, nor was it something I could control. The way I was thinking about pain was the stronghold.

In reading the stories of Job, Joseph, and David, I discovered that the core of my anxiety was the concern that I wasn’t dealt the hand I wanted and I felt powerless to control my circumstances. Like Job, I questioned God’s plan, as if I knew better than He what was best. I struggled to understand how chronic pain could possibly be good, but God showed me I was looking at it through too narrow a lens. In the short-term, it would certainly be more difficult, but in the long term it would produce the perseverance, character, and hope in Christ that God desires (Romans 5:3-5).

God’s best is for us to be transformed into the image of Jesus, and suffering is one of His greatest shaping tools. Biblical figures who embraced God’s presence in the midst of their trials were purified and prepared for their calling. I began to wonder if the same were true for me.

As it turned out, the steep and rocky path is the one I needed to take to further unite me with Christ and shift my perspective on suffering.

As I unclenched my fists from what I thought I wanted, I discovered I could still do things I loved to do in a different way. For example, while I couldn’t engage in high-impact exercise, I could still walk and swim, which was more than many people with neuropathy are physically able to do.

The psychologist asked what it would look like for me to come to a place of acceptance—to be able to say, “I have this condition, and I am okay with it.” Together, we agreed that I would follow-up with two small fiber neuropathy specialists to see if there was any additional testing that could help determine the cause. Which doctors I saw and treatments I chose were things I could control, but the outcome of these interventions were not. The hardest part was letting this go.

Regardless of the outcome, I could trust that Jesus was the final outcome. Knowing Christ is enough, and that He gives me strength, was the key to moving toward contentment (Philippians 4:11-13).

The act of surrender was not a once-and-done deal. It started with a willingness to walk the arduous path for the purpose of strengthening my relationship with Jesus. In no longer fighting against it, I could lay down my frustrations and incessant attempts to fix things. For me, resting in God’s peace included recognizing He doesn’t make mistakes. This was the path He had chosen for me. I could play my cards the best I know how, relying on His grace and power to sustain me, or I could fold (2 Cor 12:9). The the latter would result in defeat; the former in victory through Christ (1 Cor 15:57).

While there are many opinions, Charles Spurgeon shares one in his sermon, The Wounds of Jesus, that etched itself in my memory: they are badges of honor that represent His victory over death.

Prior to His crucifixion, Jesus tells his disciples he is leaving them, He is going to suffer, and they too will suffer. However, He also invites them to have courage, promises to send a Helper (the Holy Spirit) to guide them, and assures them their grief will turn to joy that no man can take away.

“I have told you these things so that in me you may have peace. You will have suffering in this world. Be courageous! I have conquered the world.” John 16:33 CSB When my biopsy was performed, five circular skin samples were taken from my right leg—two above the ankle, two above the knee, and one below the hip. Since then, the holes have healed, leaving five scars in their place. The irony that Jesus’ body was also pierced five times is not lost on me. My scars are a permanent reminder of how I’ve been set free from the stronghold of anxiety. They represent victory over defeat and hopelessness. May I never forget that Jesus lovesme so much that He took on human form, suffered, and died for my sins. Because of my love for Him, I am also willing to suffer.

For the Christian, the cross redirects our desires from self-fulfillment to sacrificial love. Jesus calls us to deny ourselves, take up our cross, and follow Him (Matthew 16:24 ESV). Neuropathy is my cross, and carrying it has strengthened me. God has supplied me with courage to step into the unknown and trust that He’ll use it for good (Romans 8:28). Through His grace, I am able to do more than manage the pain—I can thrive in the midst of it by sharing my story as a source of hope and healing, and for God’s glory. As my faith has grown, my perspective on pain has shifted from something to fear to something to embrace as a means to propel me toward wholeness and point others to salvation through Christ.

Jen Roland is a writer, speaker, health coach, and behavior change specialist with a passion for walking alongside others toward wholeness. She does this through her blog (www.jenroland.com), teaching, and coaching, where she helps others implement positive lifestyle practices (e.g. movement, mindfulness, prayer) and develop a deeper relationship with Jesus. Since her neuropathy diagnosis, Jen has been serving others with chronic pain and illness. She provides them with resources to grow so they can move toward healing and improve their quality of life. You can connect with her on Instagram and Facebook. 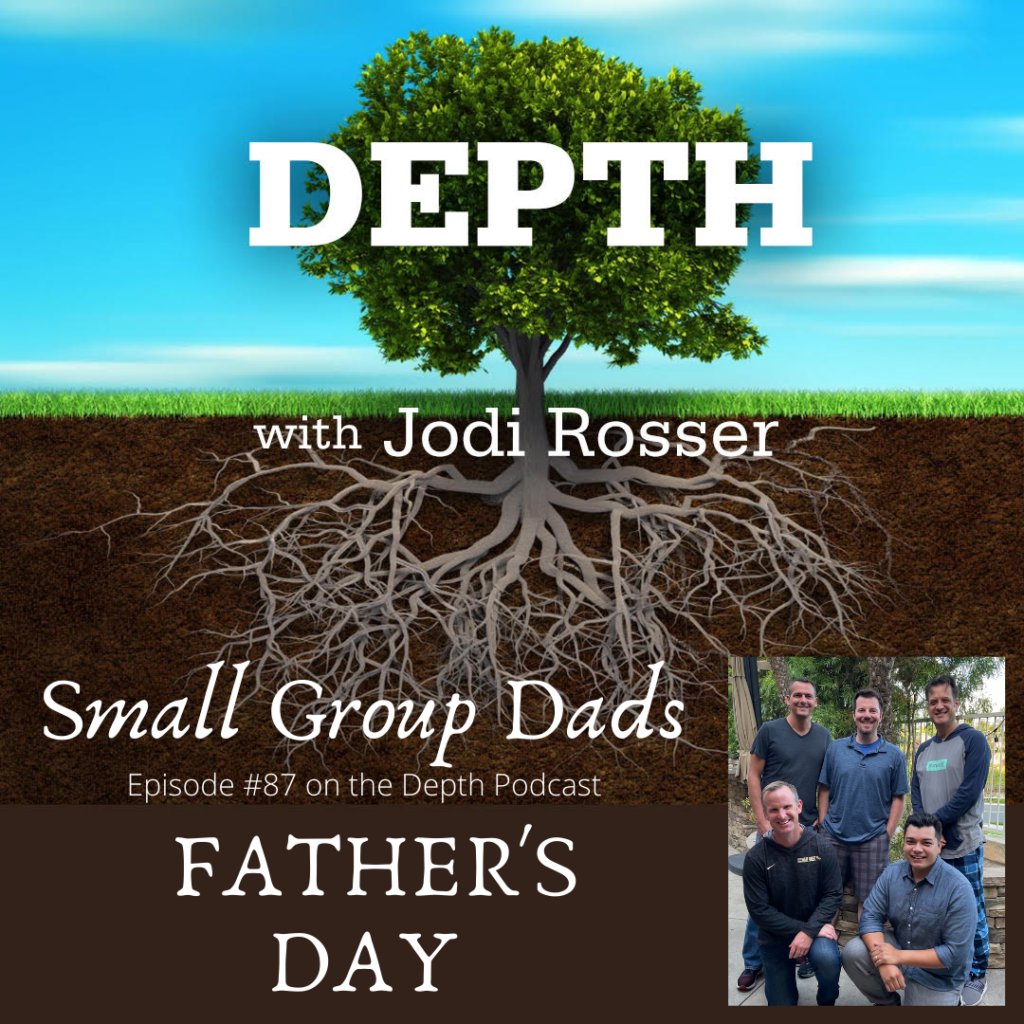 Do you have a strong support group? Do you have a group of friends to encourage you along your parenting and faith journey? Are you…